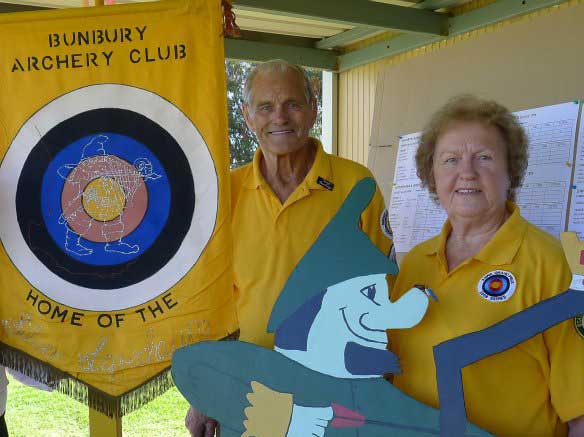 Coral Dandridge started shooting arrows in Busselton in 1958! On moving to Bunbury started the Bunbury Archery Club on July 27th, 1960. She has shot with Ascot, Fremantle and Bayswater clubs. In 1961 was selected in the State teams to compete against Victoria and New Zealand.

Although Coral is still very interested in the administration of the club coaching young people entering the sport is closest to her heart these days.

However, our history goes back further than that 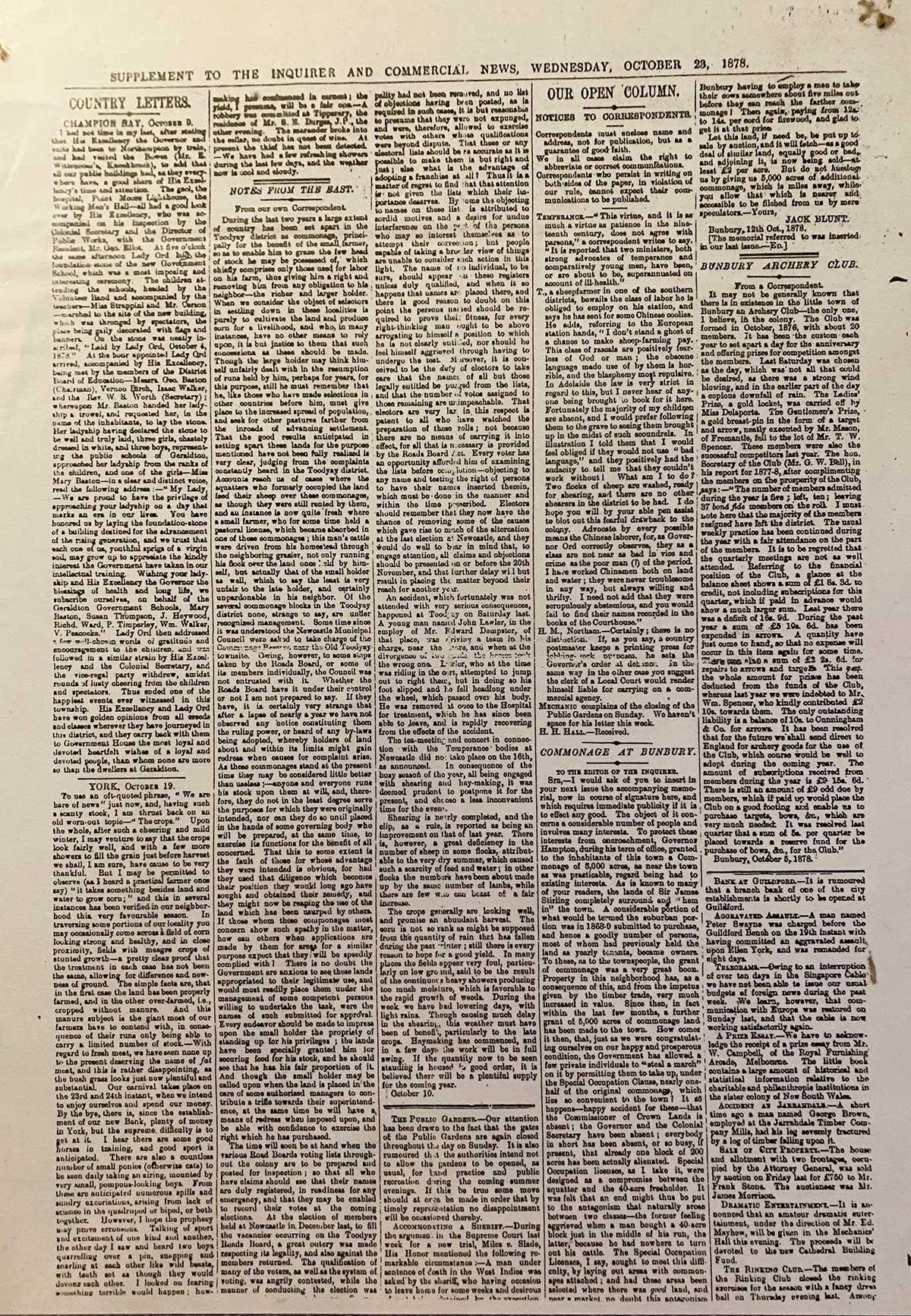 Supplement to the Inquirer and Commercial News, Wednesday, October 23, 1878

It may not be generally known that there is in existence in the little town of Bunbury an Archery Club – the only one, I believe, in this colony. The Club was formed in October 1876, with about 20 members. It has been the custom each year to set apart a day for the anniversary and offering prizes for competition amongst the members. Last Saturday was chosen as the day, which was not all that could be desired, as there was a strong wind blowing, and in the early part of the day a copious downfall of rain. The Ladies’ Prize, a gold locket, was carried off by Miss Delaporte. The Gentlemen’s Prize, a gold breasted-pin in the form of a target and arrow, neatly executed by Mr. Mason, of Fremantle, fell to the lot of Mr. T. W. Spencer. These members were also the successful competitors last year. The hon. Secretary of the Club (Mr. G. W. Bell), in his report for 1877-8, after complimenting the members on the prosperity of the Club says: – “The number of members admitted during the year is 5; left, 10; leaving 37 bona fide members on the roll. I must note here that the majority of the members resigned have left the district. The usual weekly practice has been continued during the year with a fair attendance on the part of the members. It is to be regretted that the quarterly meetings are not as well attended. Referring to the financial position of the club, a glance at the balance sheet shows a sum of £1 8s. 3d. to credit, not including subscriptions for this quarter, which is paid in advance would show a much larger sum. During the past year a sum of £5 10s. 6d. has been expended in arrows. A quantity have just come to hand, so that no expense will occur in this item again for some time. There was also a sum of £2 2s. 6d. for repairs to arrows and targets. This means the whole amount for the prizes has been deducted from the funds of the Club, whereas last year was were indebted to Mr. Wm. Spencer, who kindly contributed the £2 10s. towards them. The only outstanding liability is a balance of 10s. to Cunningham & Co. for arrows. It has been resolved that the future we shall send direct to England for archery goods for the use of adopt during the coming years. The amount of subscriptions received from members during the year is £9 15s. 6d. There is still an amount of £9 odd due by members, which if paid up would place the Club on a good footing and enable us to purchase targets, bows, etc, which are very much needed. It was resolved last quarter that a sum of 5s. per quarter be placed towards a reserve fund for the purchase of bows, etc, for the Club.”