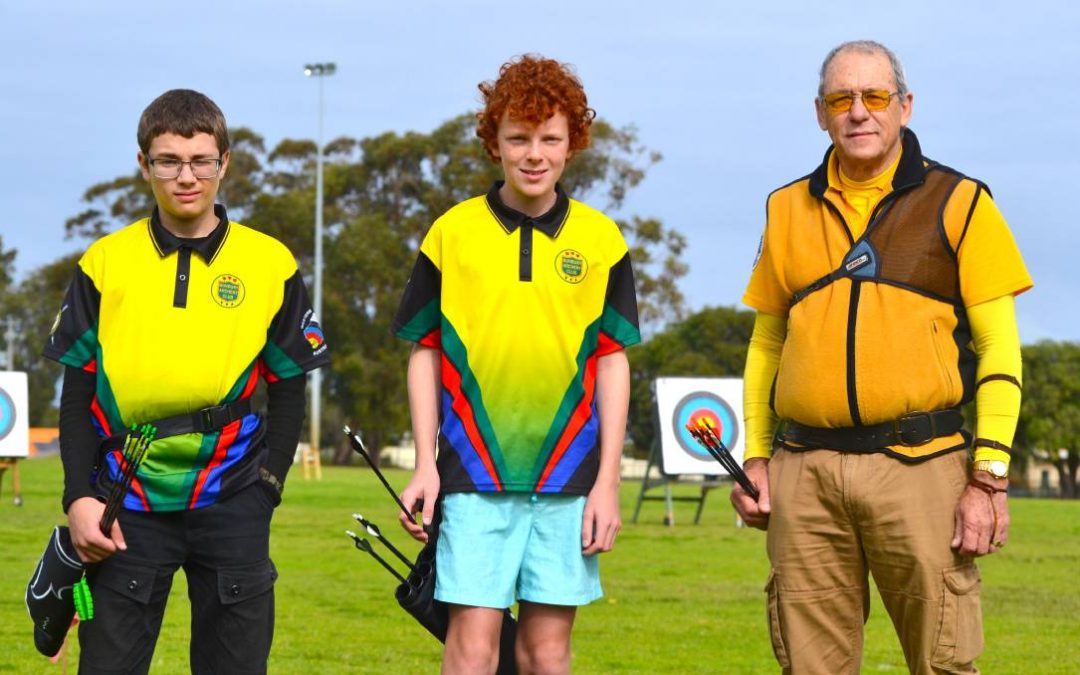 Supported by coach George Dandridge, the club took part in the Archery Western Australia State and National Championships at the Claremont Showgrounds, on Sunday, July 21.

Competing for state and national titles, they went up against some of Australia’s best archers.

Cub Recurve archer Cameron Bamess, from Manjimup, struck gold in the state division and placed fifth in the national division. The 13-year-old earned a solid total of 760.

“I was really happy with my results. It felt good to win gold in my first competition,” he said.

With an overall score of 865, Cadet Compound archer Shannon Fitzpatrick, 16, won gold in the state division and placed 14th in the national division.

“It was my first time at a state or national tournament. It was very fun, but also very challenging,” he said.

“When I found out about my results, we were all pretty excited.”

“It was my first time competing in a national tournament, as well,” he said.

“I ended up doing fairly well. I actually did a lot better than I thought I would.

“I have now competed in four tournaments and come home with three medals.

“I’ve always enjoyed the sport. I always try to do better each time.”

Scoring 408 in her event, Julie Pattenden secured bronze in the state division and 12th in the national division.

Four of the seven made their indoor archery competition debuts last month.

“Those who won medals are now state record holders,” she said.

“Considering they shot in such close proximity to the other archers, they did really well.

“It was an outstanding effort from all those involved.”

Among its list of achievements for 2019, the club represented the South-West in the 59th Silver Leprechaun – Western Division tournament back in April.

The club holds training sessions for beginners and experienced archers on Sunday mornings.

This article was published in the Bunbury Mail on 4th August 2019
https://www.bunburymail.com.au/story/6309551/archers-take-aim-in-championship-event/