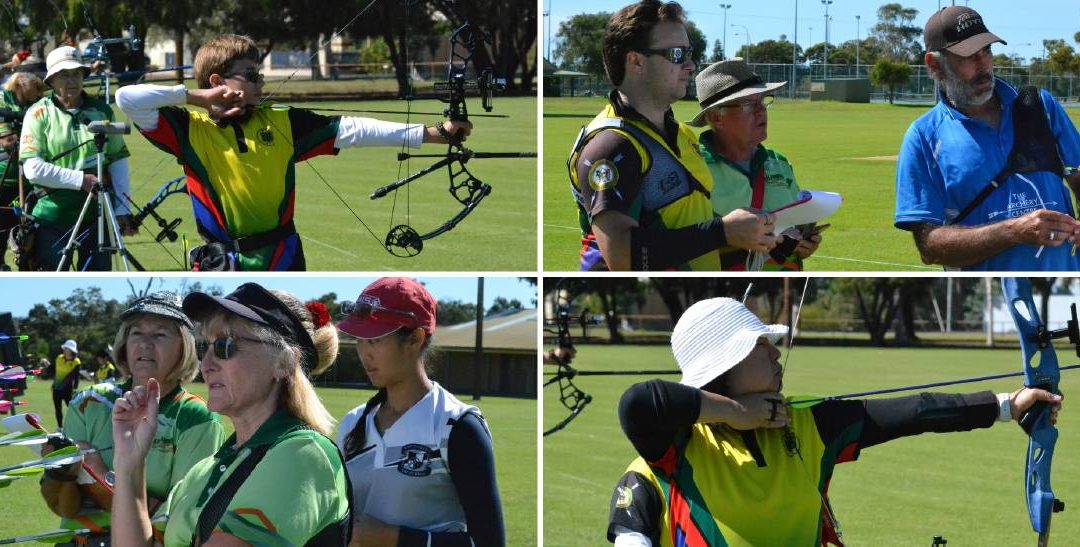 Competing in his first tournament, the 16-year-old launched every arrow with conviction.

“The scores from the Western Division archers will be correlated with the scores from the eastern states and overseas archers. The winners will then be declared,” Silver Leprechaun director of shooting, and Bunbury Archery Club treasurer, Coral Dandridge said.

Mrs Dandridge and state coach George Dandridge created the Dandridge Award as a way of encouraging young archers to continue with the sport.

“We’ve changed the competition to include eastern states and overseas archers, which has made it very popular,” she said.

Mrs Dandridge was pleased with each archers’ technique, discipline, and level of commitment.

“It’s wonderful to see these archers visit Bunbury. They all look forward to coming; most of them come every year and make a weekend of it,” she said.

“We really appreciate them coming down.

“The Silver Leprechaun is a very prestigious event on our calendar. It’s well-known over east and it’s also well-known in the United Kingdom.

“There has been quite a lot of interest in the event. We had nearly 200 archers enter into the tournament last year.”

A handful of members will compete in the 2019 National Indoor Championships in July, at the Claremont Showgrounds.

This article was published in the Bunbury Mail on 28th April 2019
https://www.bunburymail.com.au/story/6092308/archers-hitting-the-target/